Looking for the best hip hop drum samples and loops?

Look no further, as we’ve compiled the absolute finest drum packs available on the market today.

Things have come a long way since Marley Marl first introduced drum sampling to the hip-hop game, and we’ve covered all bases in our list.

Whether its the lo-fi OVO Toronto sound, bright and organic live samples or straight up, raw old skool loops there’s a pack here for you.

Let’s dive in with the best of the best… 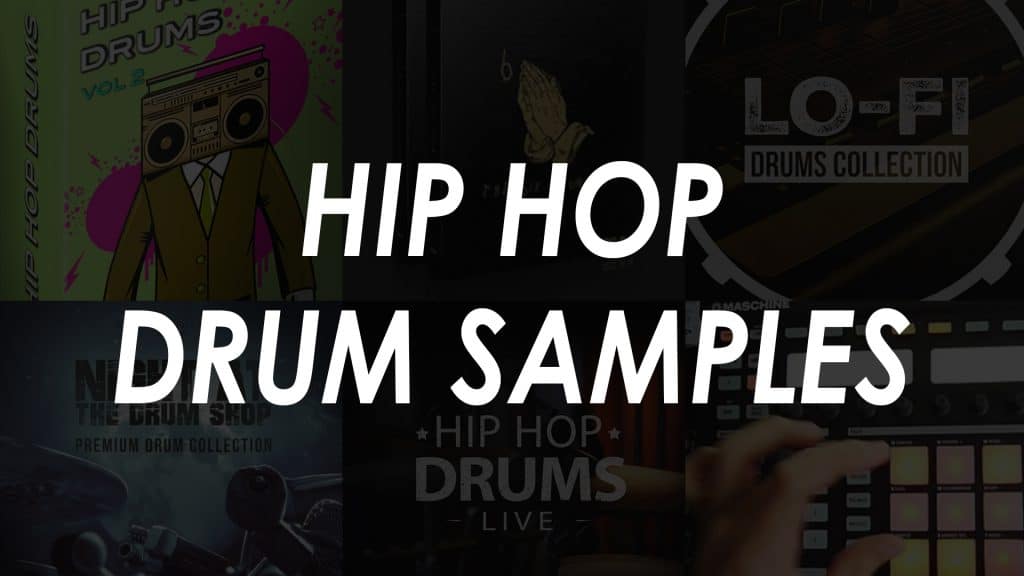 Below is a list of the hip hop drum samples we talk about in this article.  Scroll down for more details or click to hear audio demos. 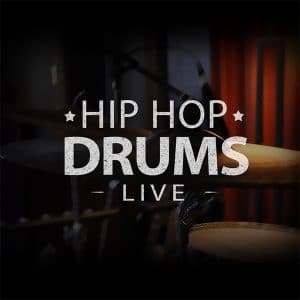 This sample pack is far from ordinary. Tracked in a converted church owned by Arcade Fire, the vast open spaces of Grand Lodge No. 24, in Quebec, have given a unique and 3 dimensional quality to each sample.

Recorded with a mixture of old and new from start to finish; a vintage recording console, to modern EQ’s and compressors, tube mics and vintage ribbon mics, the tones offered by Hip Hop Drums Live are like nothing heard before.

The snares and cymbals are the highlights in this kit.  Incredibly crisp snares that pack a huge punch are complimented by a multitude of cymbal samples, 73 to be precise. Thrown into an eastern influenced beat, the long crash samples add the perfect bit of flavor.

Hip Hop Drums Live was recorded across 2 separate kits, with another kit coming into play for the miscellaneous sounds. Included in the misc folder is: Hits (Big, Huge & Trashy), Stomps, and Sticks (Mono & Ambient) to add even more variation to your beat arsenal.

All 368 of the samples within this pack are one-shots, so no loops are included, making the price of $47 understandable, but also affordable and good value for money.  With the absence of loops, this kit is possibly more suited to intermediates and professionals. 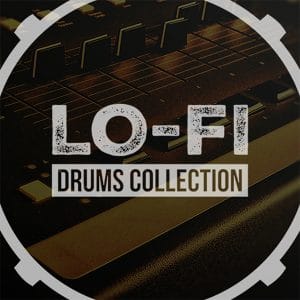 If the Toronto sound is what you’re all about, then Modern Samples Lo-Fi Drums Collection is solution for you.

This Hip Hop Collection comes in at $29 and crams in a lot of value for low price tag.  This kit is guaranteed to give you that smooth groove that OVO has pioneered.

Inside this pack, you’ll get 209 individually recorded samples, from both live kits and drum machines, along with a bonus 33 loops (value of $19).  Each sample is recorded with top quality analog gear, ensuring what you get is a completely true sound.

Lo-Fi Drums Collection covers all the essentials, with some extra effected samples and crashes & splashes to allow you to add flair that will surely make your beats stand out. 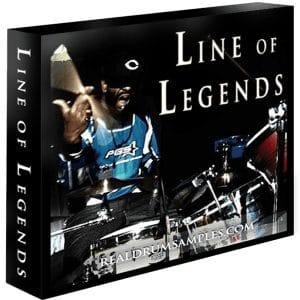 With a list of producers endorsing Line of Legends such as Needlz (Bruno Mars, 50 Cent, The Game), Claudio Cueni (Dr. Dre, 2Pac, Nas) and Steve Baughman (Michael Jackson, 50 Cent, Eminem) to name a few, this pack has got to be doing something right to attract the big names in the music industry!

With a massive selection of sounds, which have all been hand picked based on their degree of impact, there is something for every hip-hop producer in this extensive pack.

Each sample has been pushed to its limits by compressing, EQ-ing and filtering piece by piece, to ensure every single beat will stand not only the test of maximum volumes but of time as well.

The samples that set Line of Legends apart, however, are the snares and kicks. The kicks give that kind of low-end you experience from music in a club, without a lot of volume. And the snares are ridiculously clean but with a snap that will cut through any track.

This hip hop drum pack is for the producer that maybe hasn’t found their niche yet, or just want plenty of options available for the beats they’re working on. Either way, there are some massive names behind this package, and for only $47 (introductory price, usually $67) it’s sure to deliver. 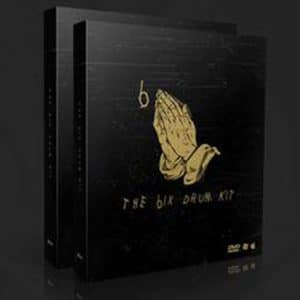 If you’ve already knuckled down your sound and have your sights on being OVO’s next signing, or you’ve been blown away by the rise of Drake, The Weeknd and PARTYNEXTDOOR, The 6ix is going to be the hip hop drum kit for you.

Designed specifically with the R&B influenced hip-hop sound from Toronto in mind, you won’t be searching for hours for the right sound before diving straight into laying down your tracks.

There are 276 entirely new and exclusive sounds included, not to be confused with the previous 6 God Producer Bundle. Of the 276 sounds, 181 are one-shot samples, and 95 are varied loops.

If your looking to lay down a beat quickly, the loops will certainly be of use; with 41 drum loops, 36 percussion & glitch loops and 18 hi hat loops, there’s surely something to get you inspired.

The hi hats and claps have really been nailed by the creators of The 6ix, often its the small touches that give something its character and this is a prime example of that. Use these effectively and you’ll have the Toronto sound under your belt in no time. At $49, this pack is great value for money for those that are serious about executing a lo-fi sound with absolute precision. 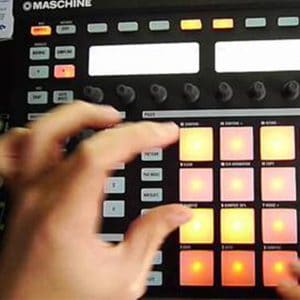 Are you a Maschine, workstation master? If so, Producers Choice is offering a bundle of all their Maschine formatted kits in one! Including over 2GB of samples, and saving you over 50% compared to buying the kits separately.

Each hip hop kit offers a very different range of samples to the next, with the 336 Drum Kit and Organic Drum Kit giving a brilliant and lively sound. An unexpected favorite, however, is the Urban Heat Drum Library, which would be more suited to the likes of Grime, Bassline, and Garage. So if you’re looking to sound more London than LA, Urban Heat is definitely for you.

All the kits have been set up with user-friendliness as a priority; each kit can be loaded onto your Maschine and be ready to play within 10 seconds. Also, the bundle works with all versions of the NI Maschine, so there are no compatibility issues!

6. Producers Choice – A Night At The Drum Shop 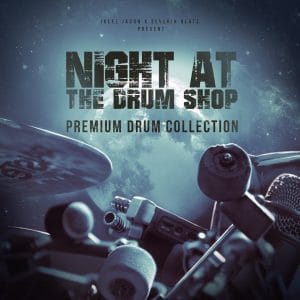 If you’re looking for hip hop drum sounds full of live tracked samples that’ll set you apart from your rivals, Julez Jadon and Severin may have created exactly what you’re looking for: Night At The Drum Shop Premium Drum Collection, with 3 sample packs for the price of 1.

The massive library consists of 347 one shot samples, split up into Future, Live and Warped flavors, along with a loop selection which will have even those that swore never to use loops going crazy.

With such an extensive library of sounds, the possibilities are endless. If you’re producing hip-hop, trap, drum & bass, dubstep, pop or R&B (or anything else along those lines), then it’s worth taking a look at.

It’s the hi-hats that prove this samples worth. Yes, the snares are incredibly clean with a nice attack, and yes, the kicks pack a massive low end. But the hi-hats just sound so brilliantly organic and are exactly what you wouldn’t expect from a sample pack. No tinny, irritating mimics.

This hip hop drum sample pack is guaranteed to make your tracks pop, and will offer something new to everyone, from starter novices to seasoned pros. The regular RRP for Night At The Drum Shop will be $105, but it’s currently being offered at a launch price of $47, and if you don’t like what you hear they offer a no questions asked exchange policy. 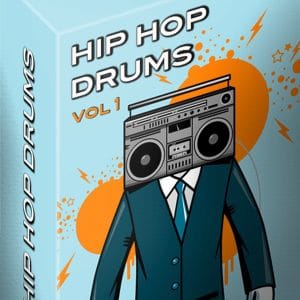 Maybe programming isn’t your scene.  Maybe you’d rather have the beat done for you (more or less), so you can focus on melodics or spitting bars.

If you just want to get stuck into the meat of the track with the backbone already in place, definitely check out Hip Hop Drums Vol 1 by the Loop Loft.

Made up of 274 loops, Hip Hop Drums Vol 1 gives more than enough to get started on a track. But if you do want to improvise and make your own beats with the same sounds, each of the 72 individually sampled sounds are included as well. The loops in this pack range from 85-150 BPM and incorporate a wide variety of influences, from Kanye & Jay-Z to Jurassic 5 & The Beastie Boys.

The old skool influence within Hip Hop Drums Vol 1 is what this pack offers over the others already mentioned, the trashy and raw sound of 80’s hip-hop drums always gets heads banging. The kick sounds like its distorting, the snare isn’t very clean, and the toms sound like they’ve been recorded with an ambient room mic, but there’s still something very earnest and nostalgic about the vintage influenced loops.

There are also many loops with a jazz and groove element to them, bringing hip hop back to its roots. And when used in a contemporary track, this can be fire, just look at Jay-Z’s part in Crazy In Love by Beyoncé! When bought in a single format the pack is $39, but you can buy it in all 6 formats for an additional $5. 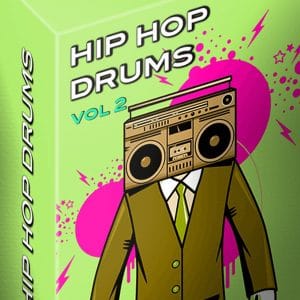 Hip Hop Drums Vol 2 lifts off exactly where Hip Hop Drums Vol 1 ended, but this time with more samples from 6 different kits. This time there are only 181 loops, which is considerably less than on Vol 1, but there are 78 samples, this move may be to encourage producers to start making their own beats.

The loops included on Hip Hop Drums Vol 2 are a bit less raw than on its predecessor, not so much in the production value, but in the rhythms and styles utilized.  Hip Hop Drums Vol 2 is very much for those producers that grew up with rhythm & blues and jazz influences, many of these loops wouldn’t sound amiss on a Jimi Hendrix or BB King record. But in return to Marley Marls discovery of sampling, which spawned an era of using James Brown beats, I only hope that Hip Hop Drums Vol 2 can single-handedly bring back the hip hop sound of the mid to late 80s.

The snares used in Hip Hop Drums Vol 2 sound crisper than some of those in Vol 1, and the cymbals cut through beautifully. Once again the pack is priced at $39 for a single format, or $44 dollars for all 6 available formats, meaning its priced very respectfully for the great variety of loops included. 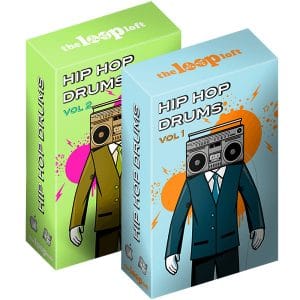 If you were going loopy reading about Hip Hop Drums Vol 1 & 2, liking the sound of both but not wanting to part with $78 for 2 separate packs, then check this out.

So whether you’re looking for a library to cover all bases, you’re big into the Toronto OVO sound, you’re craving the organic sound of live drums, or your jam is old skool looped beats, these featured hip hop drum samples surely have something you want.

Each has demo tracks on their websites, so check them out before purchasing! And remember, investing in quality drum samples and loops can jump start your career in production, or vastly improve what you’ve already started. With so many great drum sample packs available, there really is no reason to be tweaking cheap samples that will never sound right!